AS TRACK RISES TO NO. 1 ON MEDIABASE TOP 40 AIRPLAY CHART

November 21, 2022— (Hollywood, CA) — Multi-Platinum, GRAMMY®, BRIT, Golden Globe and Oscar winning artist/songwriter Sam Smith’s new single, “Unholy” ft. Kim Petras, has quickly attained Platinum certification in a year when only 14 singles have achieved RIAA Platinum status. The news comes as “Unholy” ascends to the #1 position on the Mediabase Top 40 Airplay chart. Released by Capitol Records on September 22, the track, which is nominated for a GRAMMY® Award for Best Pop Duo/Group Performance, is the first and only pop collaboration of 2022 to be certified Platinum and the third collaboration across all genres to reach this milestone. Listen to “Unholy” HERE and view the official video HERE.

“Unholy” topped the Billboard Hot 100 and spent four weeks at No. 1 on the UK Official Singles Chart. It is certified Silver in the UK. The song, which is from Sam’s fourth studio album, Gloria, spent 29 consecutive days at #1 on the Global Spotify chart and also topped the Apple and Shazam worldwide tallies. Combined global streams of “Unholy” are approaching one billion.

Billboard observed, “‘Unholy’…not only unites two of the most prominent artists in the past decade of queer pop music, but does so without sonic reservation…a grinding, amorous new single.” Rolling Stone said, “Girls, gays, theys: this one is for you.” V Magazine praised the track as “blazing, wild, feral.” NYLON noted, “Sam Smith and Kim Petras’ hedonistic club banger is finally here – and it is criminally catchy.”

Sam has racked up over 35 million adjusted album sales, 250 million single sales and 45 billion career streams across their catalog, which includes the critically acclaimed studio albums In the Lonely Hour, The Thrill of It All and Love Goes. A four-time GRAMMY® winner, Sam also holds two Guinness World Records – for the most consecutive weeks in the U.K .Top 10 Album Chart (for their 2014 debut, In The Lonely Hour) and for having the first James Bond Theme to reach No.1 on the U.K. charts (for the Oscar and Golden Globe winning “Writing’s on the Wall”). 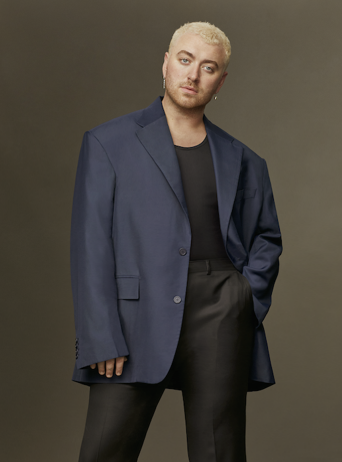 Our music magazine for new and established artists was started in 2010. We now have 60,151 published articles from 123 writers and over a million readers.